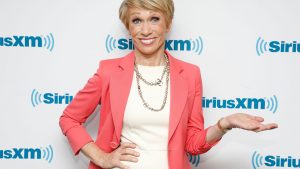 Barbara Corcoran is well known for her participation in “Shark Tank” TV show and is a  real estate mogul.

Last Wednesday she lost almost $400,000 when a scammer tricked her bookkeeper by sending a bill that appeared to come from Corcoran’s assistant.

The bookkeeper received what appeared to be a routine invoice from Corcoran’s assistant to wire a $388,700.11 payment to a German company called FFH Concept.

The bookkeeper replied asking for more information before wiring the sum requested. The cybercriminal posing as Emily, Corcoran’s assistant, was able to give a credible, detailed response that FFH was designing German apartment units that Corcoran had invested in.
Corcoran does invest in real estate, and FFH is a real company in Germany.

But Emily never sent the invoice; the phony bill came from an email that closely resembled hers, but it was missing an “O.”
Christina, Corcoran’s bookkeeper didn’t realize something was off about the email until after the money was transferred.

Eighty-five percent of all cybercrime across the world comes through email. It’s been happening to businesses for two, three years now and it’s now happening to individuals.

Many companies have lost $26 billion through email wire fraud since 2016.

Tips for not falling prey to the same ruse include always verifying that an email is coming from someone you trust, even going as far as to call that person and confirm the details.